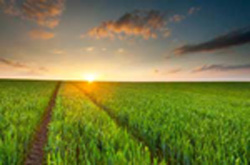 Agricultural land drainage has been going on for centuries . . . and that’s a very long time. It has actually helped to shape the land we see today, land used for agricultural as well as land used for wildlife conservation and the landscapes that we have become so accustomed to seeing every single day.

Agricultural field drainage activity was particularly prevalent towards the end of the 19th century when it’s estimated that around 12 million acres of land was drained between 1840 and 1890 – that’s a lot of land and a lot of drainage ditches.

Some of the early agricultural drainage schemes were on a very large scale causing dramatic consequences – think about the Fens before and after the 17th century – they certainly didn’t exist in the way they do today. Other smaller scale agricultural drainage schemes were much more localized and only affected individual fields or plots of land – drainage systems installed by famers in order to divert water from water-logged land making it more useful for the grazing of livestock or the growing of agricultural crops.

This model is suitable for

This website uses cookies to improve your experience. We'll assume you're ok with this, but you can opt-out if you wish.Accept Reject
Manage consent

This website uses cookies to improve your experience while you navigate through the website. Out of these, the cookies that are categorized as necessary are stored on your browser as they are essential for the working of basic functionalities of the website. We also use third-party cookies that help us analyze and understand how you use this website. These cookies will be stored in your browser only with your consent. You also have the option to opt-out of these cookies. But opting out of some of these cookies may affect your browsing experience.
Necessary Always Enabled
Necessary cookies are absolutely essential for the website to function properly. These cookies ensure basic functionalities and security features of the website, anonymously.
Functional
Functional cookies help to perform certain functionalities like sharing the content of the website on social media platforms, collect feedbacks, and other third-party features.
Performance
Performance cookies are used to understand and analyze the key performance indexes of the website which helps in delivering a better user experience for the visitors.
Analytics
Analytical cookies are used to understand how visitors interact with the website. These cookies help provide information on metrics the number of visitors, bounce rate, traffic source, etc.
Advertisement
Advertisement cookies are used to provide visitors with relevant ads and marketing campaigns. These cookies track visitors across websites and collect information to provide customized ads.
Others
Other uncategorized cookies are those that are being analyzed and have not been classified into a category as yet.
SAVE & ACCEPT